A Narrathon, is a peer online-learning experience, where we guide and mentor each other in capturing our learning as probes.

This is the focal point of the Narrathon and to tackle that challenge we want to invite you to try something new:

Find here a report of the first Narrathon participants.

This is an online program running over the course of 10-12 weeks, where between session 2 and 3 we allow several weeks to improve the probes (and asynchronous online assistance). Every session lasts 90 minutes.

The agenda is as follows:

Definition and structure of a probe:
Probes are defined by small, safe-to-fail experiments based on hypotheses derived from reflection on the current situation as well as on theory.

Use the below structure to create your Probe:

In summary, a probe is defined by a name, background, hypothesis, and one or several experiments. 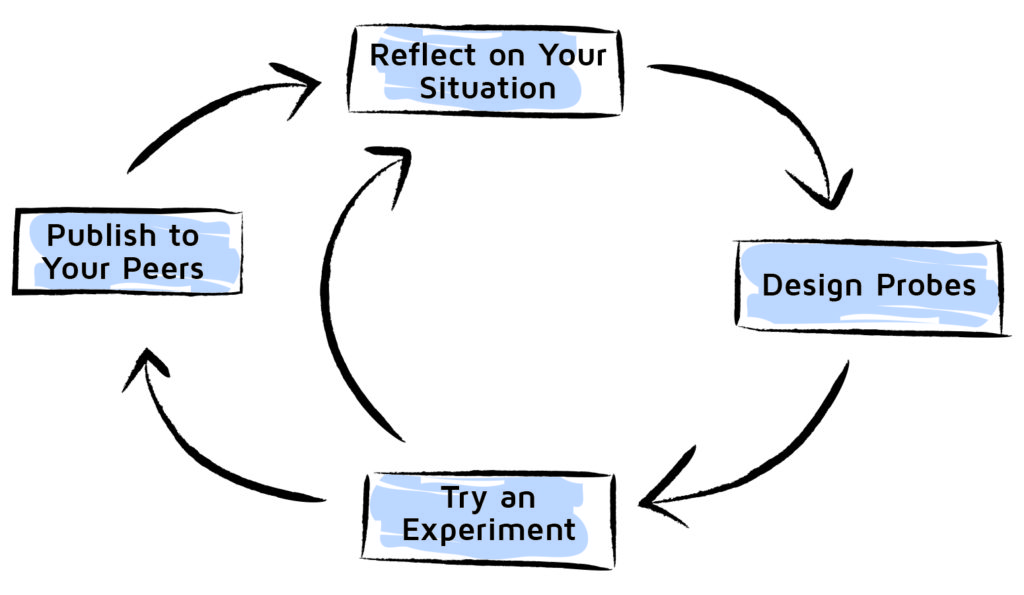 Example Probe:
Here’s a real-world example probe. And note, it’s not spectacular (yet probes don’t need to be spectacular.):

Results of the first Narrathon: The Probes Created